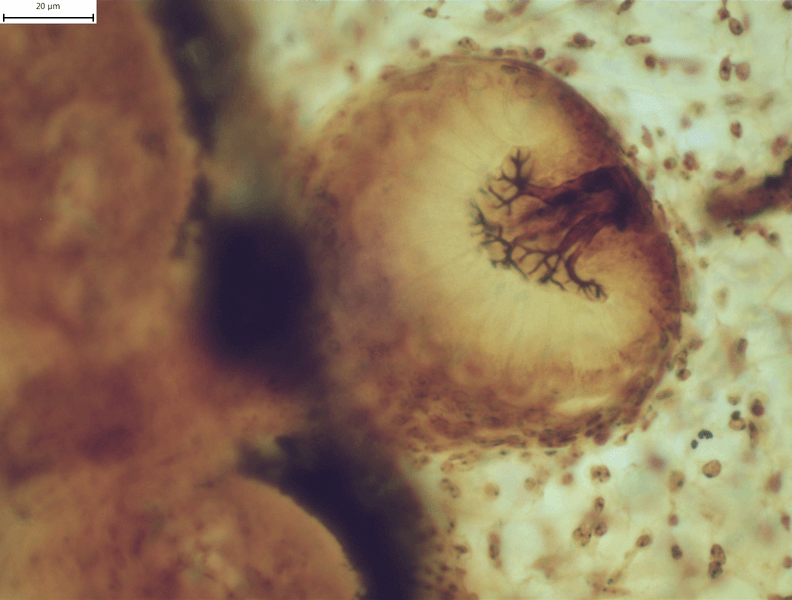 How AI is thriving in Life-Sciences: Electroreceptor Classification in Weakly Electric Fish

Biology is one of many fields in which AI can help achieve better results, either in research or clinical analysis, where Medical imaging, Neuroscience, and Protein-folding are only some of the areas that AI has revolutionized.

This article describes some of the work done by scientists from the Clemente Estable Biological Research Institute (IIBCE), a prestigious Latin American scientific research institution in Biological Sciences, covering fields such as neurosciences, agro-industrial and agricultural biotechnology, and healthcare.

Particularly, this post will present how Dr. Prof. María Castelló and Lic. Prof. Ana Palave, researchers from the Neural Development and Evolution team of the Department of Integrative and Computational Neurosciences of the IIBCE, used Cogniflow to categorize images of the electroreceptors of a gymnotidae electric fish that is a model species in the study of the anatomy and physiology of sensory systems.

Besides the image recognition itself, the work done will be valuable for training new students, because the obtained models can help them learn to identify different classes of electroreceptors in gymnotiformes and also in the study of anatomy and physiology of the periphery of sensory systems in general.

Looking a little bit forward, this research could be as well crucial in future findings in the identification and characterization of new, unknown electroreceptors, distinct from the ones which are being presented next.

Electric fishes are capable of generating and detecting electric fields, thanks to the fact that they have evolved electrogenic organs (EO) and electroreceptive sensory organs, the electroreceptors (ERx). The first ones are called electrogenic, while the second is referred to as electroreceptive. These capabilities are the result of evolution and how the electric fishes had to adapt their sensory systems to collect and process the information necessary for the survival of the species (Rodríguez, 2017). Electro-receptiveness is achieved by having special electrosensory cells called electroreceptors (ERx).

ERx allows the fish to detect the presence of prey or predators using the information derived from the low intensity and low-frequency currents generated by the muscular of those animals. Approximately 30% of fish species possess this ability. This modality of electroreception is called passive electroreception and is mediated by so-called ampullary receptors (Rodríguez, 2017). Figure 1 shows an ampullary ERx.

Two families of weakly electric fish, the Gymnotiformes in South America and the Mormyriformes in Africa, have simultaneously developed an active electrosensory sense: they can generate an electric field in the water through its EO. These fish also have a specialized type of receptors in the skin, the tuberous ERx, tuned to the self-generated EO discharge (EOD), which inform the animal of the intensity of the current generated by the self-generated EOD, at each point of the skin (Rodríguez, 2017).

Described the three types of ERx to identify, now let’s take a dive in how —and why— Cogniflow was the tool chosen to obtain a model capable of recognizing these receptors.

How did Cogniflow help to build an electroreceptor recognition model?

Despite not having experience in AI or coding in general, these scientists from the IIBCE had a strong, solid background and expertise in applying the scientific method. Run experiments, evaluate, validate, refute a hypothesis, demonstrate a thesis, iterate, and so on, are their bread and butter. So these researchers could feel really comfortable while experimenting with Cogniflow: labeling data, training a model, evaluating it, and iterating again.

Let’s start as usual: taking a look at the data available.

The datasets used to train the models consisted of images of ampullary and tuberous Type I and II ERx. These images belong to Gymnotus omarorum electric fish, a specie present in South East South American freshwater aquatic ecosystems, also referred to as morenitas. In Figure 3 you can meet a morenita having a swim.

Each image in the dataset belongs to one of three categories: ampullary (Amp) or tuberous types I (ER TI) and II (ER TII). Data labeling for an image classification experiment is really easy at Cogniflow: just put each image in the correct folder, zip them up and upload the file.

Note: To see more details about how to create an image classification solution in Cogniflow, just click here, go to “How to create an AI-based solution for content moderation using Cogniflow?” and follow the steps.

Four iterations were completed with different dataset sizes, from 50 images per category to 200, through 100 and 150. Due the characteristics of the problem, it was not clear whether applying the zoom data augmentation with random changes in the ERx’s sizes could be good or not to improve the model, because beforehand ERx’s size could give some relevant information about the category we want to predict. That said, for each iteration, two models were trained: with and without zoom data augmentation. Finally, as shown in Figure 9, the zoom option did not give any performance improvement, hence it was not considered for training the final model.

‍F1-score was chosen as the main metric to evaluate the different models. All trained models were tested with the same set of images to compare each other. The f1-score is the most suitable metric to assess a classification model because it is computed as the harmonic mean of the precision and recall. Ranging from 0 to 1, the closer to the latest it is, the better the model performance.

In Figure 8 the evolution of the f1-score is shown. The reader can check how it gets better with each dataset augmentation, achieving a maximum of 0.98 when 200 images per category are used. Also note how around 150 images per class a plateau is already forming, meaning that the benefits of adding more data begin to be marginal: reaching 200 images per class, a 30% augmentation, returned only a 1% improvement (from 97% to 98%).

In Figure 9 f1-score is plotted for all models, with and without random zoom data augmentation. For 50 and 100 images per class datasets, not using this kind of augmentation is clearly better, while for 150 and 200 it’s almost indifferent and because of that not really necessary.

How AI is thriving in Life-Sciences

In this article, we learned how a team of scientists with no background in AI or coding could successfully build a model capable of recognizing and classifying electroreceptors thanks to Cogniflow, achieving an outstanding f1-score of 98%.

The aforementioned impressive results were achieved very easily, even considering the specificity of the data. Cogniflow had no problem tackling an initially difficult challenge based on high-level data.

As seen before in MiFinanzas case, no big amount of data was necessary in order to achieve outstanding results. Just hundreds of images were enough to train a good-performing model, demonstrating the importance of Cogniflow leveraging of Transfer Learning techniques.

The good results achieved also encouraged this group of researchers into using Cogniflow to tackle future challenges. Recognizing and counting proliferating cells and newborn neurons in young rats before and after being separated from their mothers or identifying other types of electroreceptors besides the ones described previously in this post, are just two examples of upcoming challenges.

The work done here showed once again the potential of No-Code AI to face the most diverse challenges, encouraging the IIBCE scientists to tackle another one: detection of single and double proliferation markers’ labeling. This problem is framed as an object detection task, as will be seen in a future post. It consists in localizing and counting different classes of markers in images taken by confocal microscopy.

Besides sharing these recognition models with the electric fish researchers community, the scientists from IIBCE have planned to present this work at different conferences, such as the Congress of the Uruguayan Society of Biosciences, the Federation of Latin American and Caribbean Neuroscience Societies (FALAN) and the congress of Society for Neuroscience (SFN). 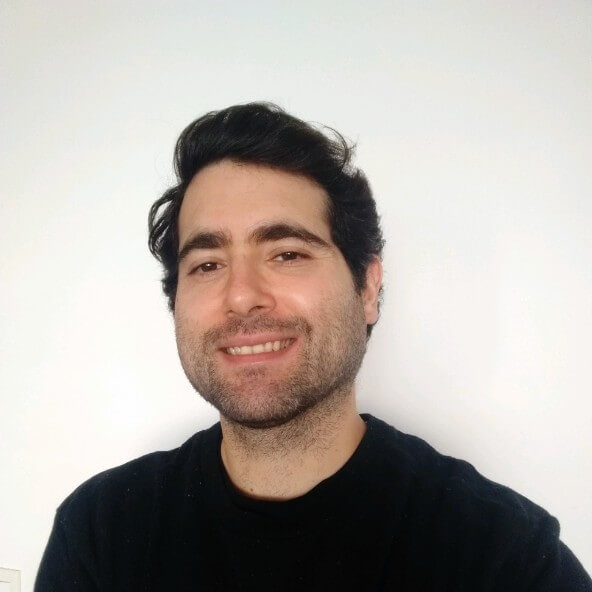